In accordance with the guidance provided by the Centers for Disease Control (CDC) and the Ohio Department of Health  masks/face coverings will no longer be required by GDAA for vaccinated individuals. Unvaccinated people are strongly encouraged to continue mask wearing, and all individuals should take appropriate measures to protect their health. By attending an event, you are confirming that you aren't sick or showing symptoms of any communicabvle disease.

We reserve the right to amend or reinstate protocols deemed appropriate or recommended by the CDC or other relevant authorities. 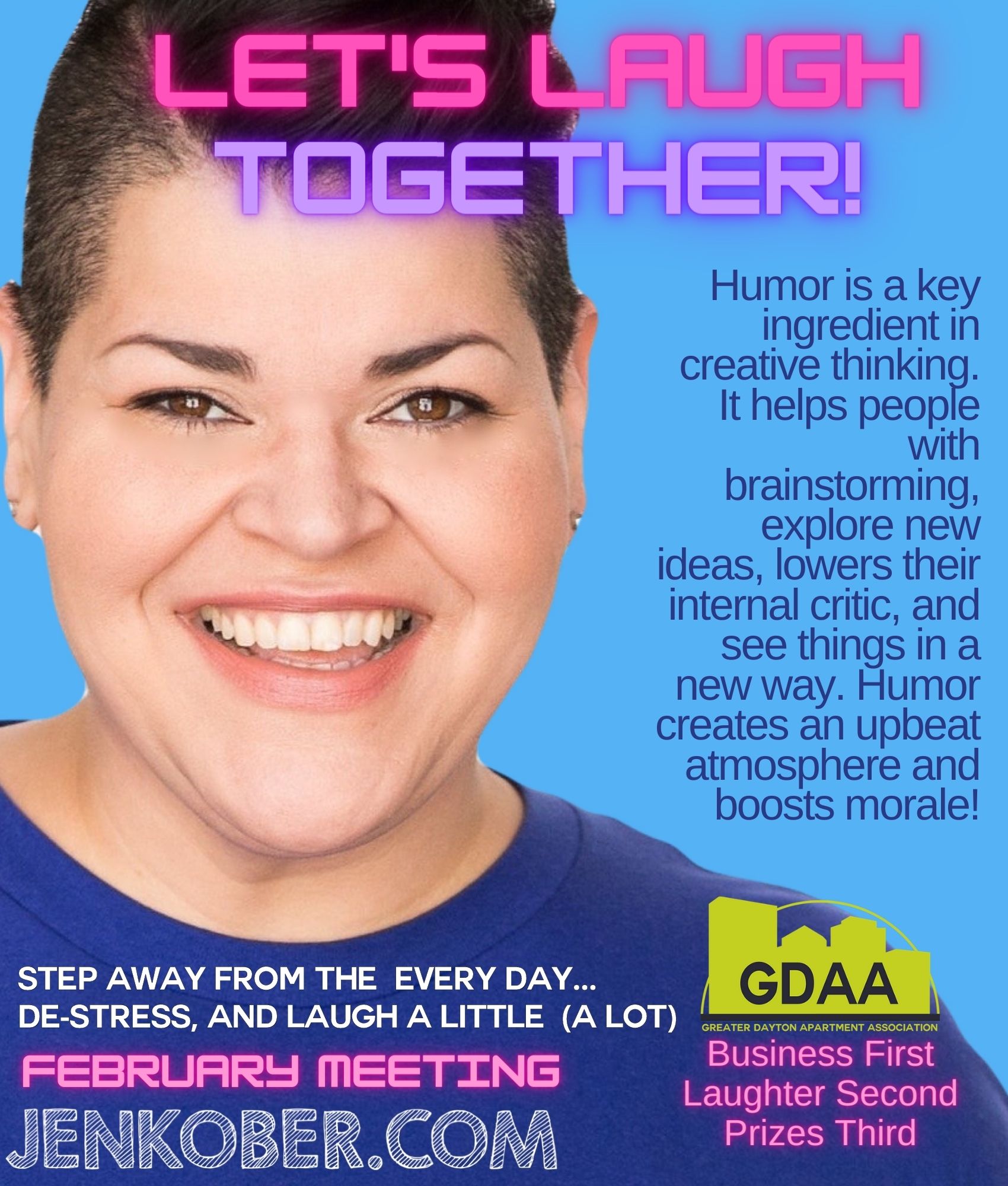 Jen Kober has energetically bounded onto the national stage bringing crowds to their feet with her original blend of stand-up, storytelling, and improvised rock-n-roll comedy.  Her hard-hitting comedy is phenomenally funny as Kober commands the stage and dares you not to laugh. Jen was the 2017 Winner of NPR's Snap Judgement Comedic Performance of the Year for her Girl Scout Cookie Caper story and the 2018 Comedic Performance of the Year for Nana Vs. OJ.

You can see Jen on Netflix and on Disney+  and...

Having regular fun and laughter in your life can help you feel less overwhelmed by the stressors you face. This can help you change your attitude toward your lifestyle stressors so that you're less reactive to stress when you experience it.

Making time for fun and laughter adds many benefits, including:

Benefits of using Humor at Work